We babysat Lola today so that Chuck and Kim could enjoy a baby-free day at the Seahawks game -- She is such a little angel-baby. I don't think she made more than a peep the entire time she was here. Look at her cheering on the Seahawks... they must have just scored a touchdown!! (I think she was actually stretching or something -- but it looks pretty cute) 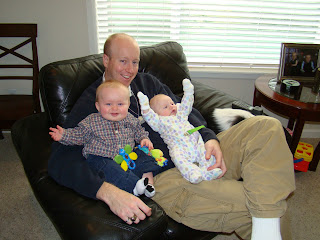 Check out the drool: 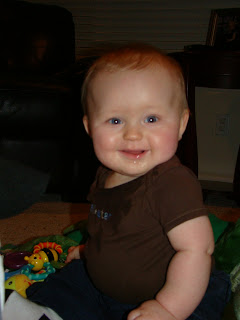 Evelyn and Noah have started to play together (or at least near each other) a little bit lately. Evie still gets mad if Noah grabs at her toys... and she steals his away sometimes... but we are working on it. 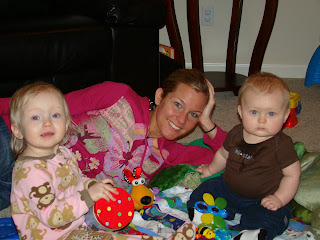 Here is Travis and Evelyn reading a fun book tonight -- looks like they are both enjoying it!! 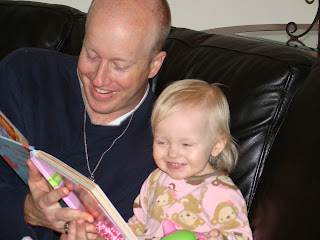 Yay for a short work week!! We leave for Sacramento on Wednesday night... Happy Thanksgiving!

Posted by Michelle at 9:59 PM 4 comments

We took the kids Sunday to get some holiday pictures taken -- nothing too special, just ran to Kiddie Kandids. I didn't want to spend a bunch on money on a sitting fee and a professional photographer... because I knew there was a chance that the kids might not cooperate and it wouldn't work out. But the girl taking pictures there did a great job. I swear, Evelyn only smiled two or three times the whole time we were there... and she managed to get it on camera!! 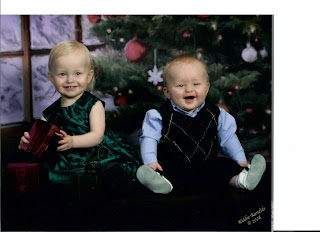 Evelyn was supposed to be standing up next to Noah here, but she refused and decided that she wanted to play with the presents instead: 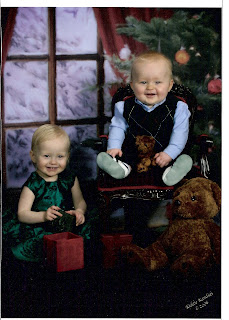 We also got a picture of Noah on his own... I don't think he stopped smiling at all the entire time we were there. He is my eternal optimist :) 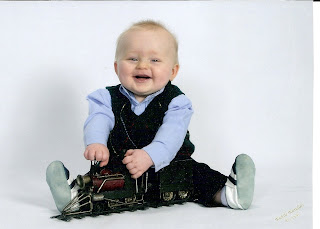 The next task is getting a picture of Evelyn, Noah & Cocoa all in their holiday gear for our Xmas cards... I'll let you know how that goes!!

Posted by Michelle at 8:56 PM 8 comments

These were taken Monday night -- as you can see, Noah was helping Travis cheer on the 49ers. 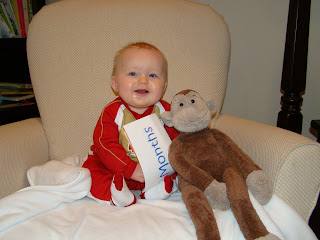 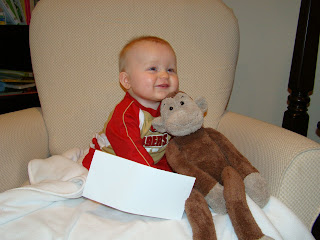 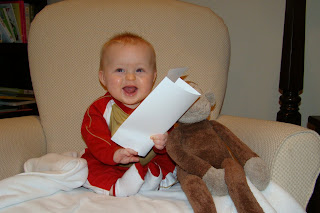 I have a new video of Evelyn playing with Cocoa -- but I can't figure out how to put it in my post, and I am busy uploading new workout songs to my MP3 player... so click here for the link.

Posted by Michelle at 8:41 PM 5 comments

Here is what Noah is doing right now: 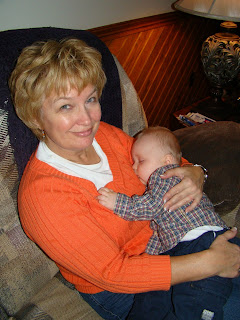 Since Noah is busy, I decided to post a few pictures. We are having a great time in Michigan so far. Everyone here is enjoying time with Noah... of course, my dad had to take him for a ride on the 4-wheeler: 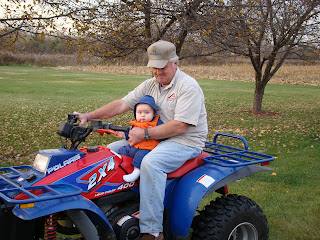 Doesn't my dad look proud of his grandson? 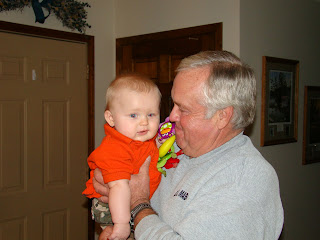 We spent some time at my brother's house today -- watching football and playing Guitar Hero. I had never played before... it was hard, but a lot of fun. I can see how people can get addicted!! 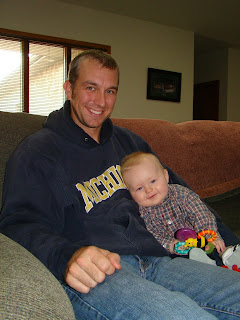 We also got to see Kara and Cambrie today... Kara looks amazing, as usual. I swear, her hair wasn't messed up until Noah got ahold of her... 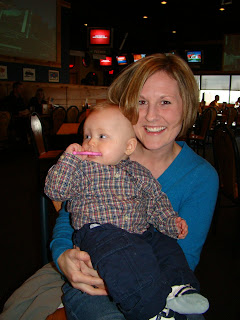 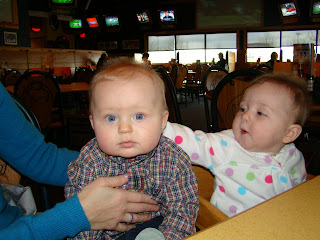 He must have liked it because he thanked her by kissing her hand: 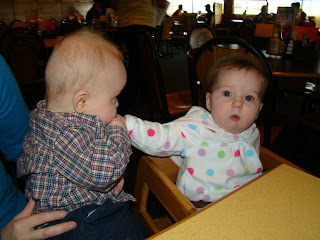 I actually think he was trying to suck her fingers -- but oh well. I also discovered that I never posted a picture from Halloween night... here ya go! Note: I am wearing a wig -- that isn't my new hair color. I didn't want to alarm anyone :) 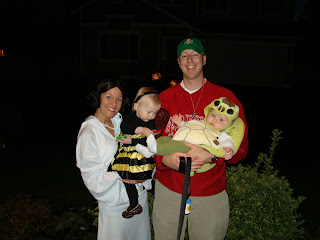 That is all for now... we get back home late tomorrow night.

Posted by Michelle at 2:41 PM 2 comments

Bad News: For some reason I have caught a case of the blahs... haven't been able to shake em'.
Good News: My vacation starts tonight. I am on the red-eye flight with Noah back to Michigan to get some quality time with my family. I get more vacation every year than Travis, so the last couple years I have been making an extra trip without him. 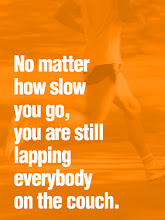